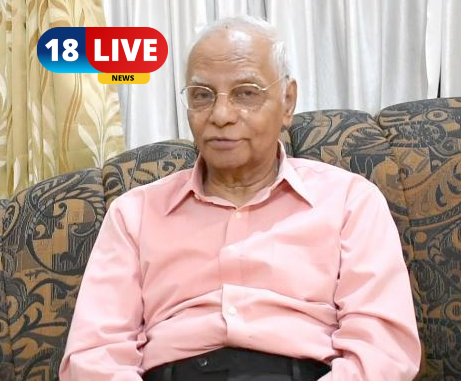 A new twist has been found in the death of the ex-IB officer RN Kulkarni. What seemed like a road accident turned out to be a murder case.

What happened to RN Kulkarni?

According to the reports, RN Kulkarni was hit by a car on November 4 and passed away in the hospital. This was thought of as a hit and run case by the police. But later, CCTV footage was released on social media, which shows that the car hit Kulkarni on purpose.

According to his driver, the ex IB officer left for a walk. While his driver was waiting for him, he was informed that Kulkarni had been hit by a car near the Biotechnology department of the University. When he was rushed to the hospital, the doctors declared him dead.

According to his son-in-law Sanjaya Angadi, Kulkarni had requested his neighbor Madappa to leave space when constructing the building as per the law. But Madappa did not heed his request, and Kulkarni filed a complaint against him.

His son-in-law stated that Kulkarni had been followed by cars to kill him, and he had given the registered number of those cars to the police. Madappa and his sons have been taken into custody for questioning.

How did RN Kulkarni die?

Rn Kulkarni was murdered after getting hit by a car on November 4. He was 82 at the time of his demise. Earlier it was thought of as a hit-and-run case.

Cause of RN Kulkarni death:

RN Kulkarni died after being hit by a car on November 4. He passed away at the age of 82