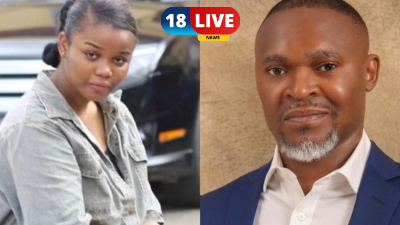 Chidinma Ojukwu, the murder suspect of CEO Super TV, backtracked from her previous confession. In her previous state, she had confessed that she was the one who killed Mr. Ataga in self-defense, and no one was there to assist her.

On Tuesday, in the Lagos High Court, the confessional video was played where she denies murdering the CEO. In another video, she says that the CEO was lying on the floor, so she picked up her stuff and left. She states that after returning, she saw the lifeless body of Mr.Ataga, so she took her stuff and left. When asked why she did not call for help, she said she was scared after seeing the deceased in a pool of blood.

In the video, while being interrogated, she denies killing Mr.Ataga, and when questioned about the blood stain on her clothes, she says about her menstrual period.

When the defendant asked her why she stole the deceased iPhone and Mac laptop, she stated that she took her belongings, and those items were there along with hers.

The video was stopped and the prosecution witness continued by saying how she confessed to her crimes and how the second and third defendants were caught.  The case was adjourned till October w0th

Chidinima Ojukwu is an undergraduate student at the University of Lagos who was charged with the murder of the Super TV CEO Ataga.

On June 15, 2021, it was reported that she and two other acquaintances, Adedapo Quadri and Chioma Egbuchu, murdered the Super TV CEO, Mr.Ataga, by stabbing him several times the chest and neck. The incident took place at 19 Adewale Oshin Street, Lagos.  They were charged with the murder of Mr. Ataga on October 12, 2021.

Read More – How did Lee Wolfe Die? Lee Wolfe Cause Of Death