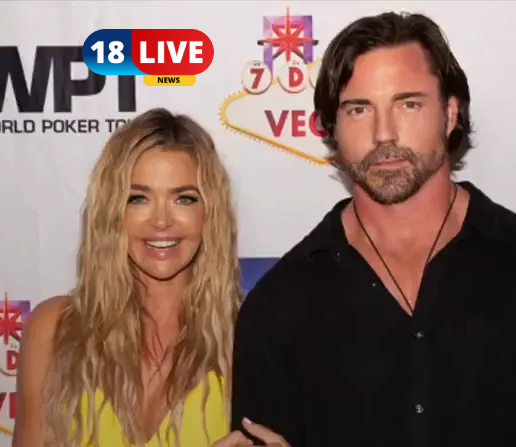 The real housewives of Beverly hills, Denise Richard, and her husband, Aaron Phypers, escaped a road rage shooting in Los Angeles on Monday. The actor’s representative confirmed the incident.

What happened to Denise Richard and her husband?

According to the reports, Denise and her husband, Aaron Phypers, were on their way to the Popsicle studio to shoot for her upcoming film Angel’s fallen: Warriors of peace but had difficulty finding the studio. A man from behind started shouting and was irritated by this and tried to squeeze in front of their car.

When Phypers allowed him to bring his car in front of them, the driver shot their truck, hitting the back of the driver’s seat. Luckily no one was injured. A crew member had to call 911 when they saw the bullet hole. The incident took place on Monday in Los Angeles.

But Denise was visibly rattled and sobbing at the studios, according to the eyewitness. Aaron was present with her throughout her 12 hours of shooting.

In response to a tweet, Denise described the incident as the most terrifying situation she had ever been in. The LAPD is now investigating the incident. So far, the driver has not been identified.

Who is Denise Richards and Aaron Phypers?

Denise Richards is a former model, actress, and television personality. She is known for being, in reality, The real housewives of Beverly hills. Denise married her first husband, Charlie Sheen, but the couple called it quits. They had two kids together – Sam and Lola.

Aaron Phypers is also an American actor who also appeared on The real housewives of Beverly hills from 2019 to 2021.

Richards met Aaron, began dating in 2017, and got married in 2018 in California. He was previously married to British actress Nicollette Sheridan.