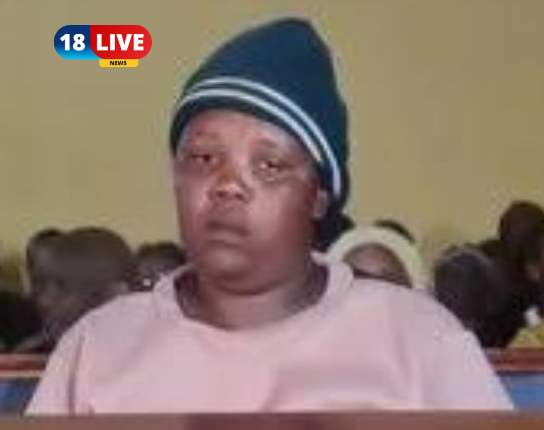 A woman accused of killing her four children died in a hospital Sunday. The deceased is identified as Nomboleka Simayiles. The news of her death was confirmed by the police and her family.

Nomboleka Simayile is a 32-year-old woman from East Cape who was accused of killing her four children, Lisalise, Inganathi, Othalive, and Elihle, all aged below 12 years.

According to her father, he was woken up by the mother saying she killed her children. It was reported that she wanted to kill her kids before she could die.

The reason behind such a tragic incident is not known, but she used a sledgehammer to kill her children. Later the authorities found the kids dead at home in Tsalaba village in Eastern Cape.

The mother was arrested while the children were laid to rest on Friday. She was supposed to appear to the court on Thursday, and her bail application was postponed on November 29 after she collapsed.

But two weeks after the arrest, the mother passed away on Sunday, two days after her kid’s funeral.

The mother who was accused of killing her children complained of not being able to breathe while she was in police custody, according to the Eastern Cape police.

She was later rushed to the hospital but soon passed away. The cause of her death will be revealed after the postmortem.

Nombolek Simayiles passed away on Sunday after feeling unwell in police custody. The nature of her death is not known yet.

The cause of Nomboleka Simayiles’ death is yet to be investigated. She passed on Sunday after complaining of breathlessness.

Read More – What happened to Adil Khan? A 14-year-old was killed in a shooting incident