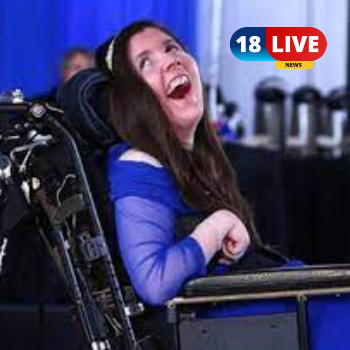 Tori Lynn Andreozzi, who suffered a brain injury after meeting with an accident 20 years ago, passed away on November 1st. She was 32 at the time of her demise.

What happened to Tori Lynn Andreozzi?

On March 26th 2003, Tori was hit by a drunk motorist while walking from her school bus, which resulted in severe brain injury. She was able to survive, but it left her paralyzed and mute. Before the accident, she was a straight-A student and athlete.

Despite being crippled, she continued pursuing her passion, which was Dancing. In 2019 she participated in the Fred Astaire National Dance championship in Orlando and won the competition

After the accident, her mother Cathy decided to establish a foundation called the Tori Lynn Andreozzi foundation based in Rhode Island, which aims to improve the legislation to improve highway safety and raise awareness about traumatic brain injury. The foundation has collaborated with many y groups, such as MADD, SADD, and Youth in action.

How did Tori Lynn Andreozzi die?

20 years ago 12-year-old Tori Lynn Andreozzi met with an accident which resulted in brain injury, and since then has been crippled

It was reported that she was recently under Hospice care and, after 20 years of struggling with brain injury, passed away at the age of 32 on November 1st

Tori Andrreozzii dies after struggling with brain injury for nearly 20 years. The funeral service will be held on November 5 at 10 AM at Thomas and Walter Quinn funeral home, followed by mass at St Kevin church at 11 AM. Those who wish to donate flowers can instead make donations to the Tori Andreozzi foundation in memory of Tori.