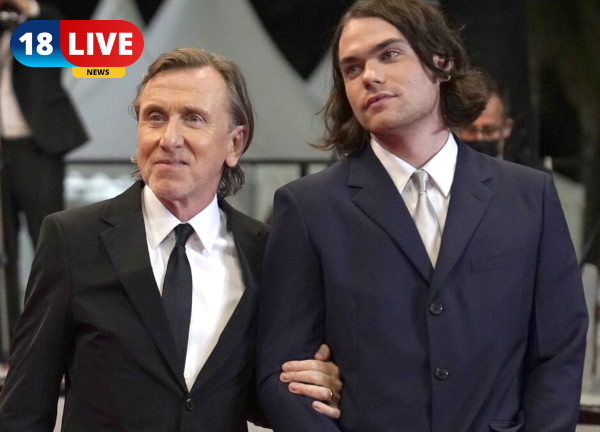 Cormac Roth, musician and son of the famous actor Tim Roth, died at 25 after battling Cancer on October 16. The family announced his demise on Monday. Cormac was diagnosed with stage 3 germ cell cancer.

How did Cormac Roth Die?

The 25 years old guitarist and composer Cormac was diagnosed with Stage 3 Germ Cell cancer in November 2021, and he died peacefully in the arms of his family in 2022. The famous British actor Tim Roth announced his son’s death on Monday.

The statement was, “On Sunday, October 16, we lost our beautiful boy Cormac after a courageous battle with Cancer. He died peacefully in the arms of his family, who loved and adored him. He fought with incredible bravery for the past year and maintained his wicked wit and humor to the very end.” The statement ends.

Cormac Roth Cause of death:

Cormac Roth, son of the famous British actor Tim Roth passed away on October 16. The family announced the news on Monday. The cause of the death was Cancer. Cormac has had Cancer since 2021. He was diagnosed with stage 3 germ cell cancer. Cormac revealed his diagnosis in July through an Instagram post.

Who is Cormac Roth?

Cormac is a guitarist, producer, and composer. He is the son of famous British actor Tim Roth. He completed his graduation from Bennington college. The family described his character as “a wild and electric ball of energy whose spirit was filled with light and goodness.”

“He was a wild and electric ball of energy and his spirit was filled with light and goodness,” his family said in a statement. “Cormac was also the embodiment of kindness. A gentle soul who brought so much happiness and hope to those around him.” https://t.co/5UtfHvKLCo