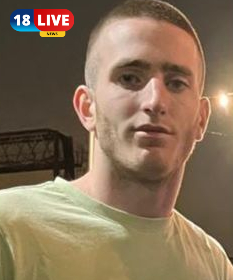 The world is becoming more humane nowadays. We hear lots of revenge, fights, murders, wars, etc., these days. Where is the world going? The peace of mind has gone out of the box. Even the child is becoming cruel. Where has humanity gone? How are even school students becoming murderers, thieves, and robbers? Where is the mistake?

One such very shocking news is about Shiloh George Pottinger’s arrest. He was arrested because of murdering Luke O’Connor, who was a student of Manchester.

What happened to Luke O’Connor?

Luke O’Connor a 19-year-old champ. He was pursuing his second-degree graduation in Business Management. He was studying at Manchester Metropolitan University. A sincere student pursuing his career was stabbed on Wilmslow Road in the early hours of Wednesday morning on October 26, 2022.

After the incident, he was admitted to the hospital and treatments were given to him. But unfortunately, he was unable to fight it and lost his life in the hospital.

The arrest of Shiloh George Pottinger:

The above-said incident has shocked the students and the University. Unfortunately, the person responsible for it was Shiloh George Pottinger. He was arrested on Friday evening, October 28, 2022, in the death of Luke O’Connor.

After the arrest of Shiloh George Pottinger, he was remanded in custody. And the police are making him appear in Manchester and Salford Magistrates’ Court today, Monday, October 31, 2022. He has also been charged for the reason of possessing the bladed item.

‘Our detectives have been in contact with the Crown Prosecution Service, who have cleared us this afternoon to charge a suspect in the murder of Luke, which is a significant moment for all concerned.

Luke and his family remain at the center of our investigation, and my thoughts are with them tonight at the end of the most devastating week of their lives.

“We have also felt the shock and pain in our large student community in Fallowfield, and we continue to listen and address the concerns people have told us about this week.” Anyone with information that could help the investigation is asked to contact Superintendent Helen Critchley told police of Greater Manchester Police.

#CHARGED | We’ve charged a man with the murder of Luke O’Connor (19) in #Fallowfield last week.

Shiloh Pottinger (19)’s been remanded in custody & will appear in court tomorrow.

Luke’s family continue to be updated & supported by specialist officers in our Major Incident Team. pic.twitter.com/VNluWx8ufN